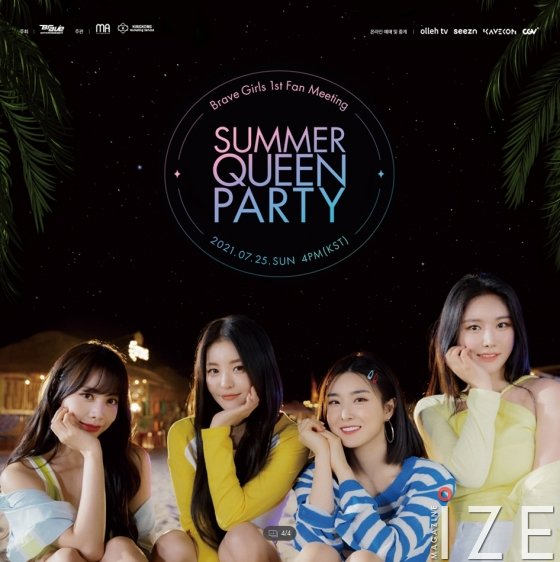 Girl group Brave Girls canceled the offline fan meeting scheduled for the 25th and will only broadcast online.

Brave Entertainment announced the cancellation of the offline performance of 'SUMMER QUEEN PARTY' through the official fan cafe on the 14th.

Initially, Brave Girls was scheduled to hold an offline performance and online live streaming at the KBS Arena Hall on the 25th. However, due to the government guidelines regarding COVID 19, the offline performance was eventually canceled. Offline ticket reservations will be fully refunded.
Brave Entertainment said, "Recently, as COVID 19 rapidly spreads, the number of confirmed cases increases, and as the social distancing stage has been increased to stage 4, performances at KBS Arena, which are classified as indoor sports facilities, have become impossible, but meeting with fans is not possible. We plan to keep our promise through online rather than postponement or cancellation. In addition, '2021 Brave Girls 1st Fan Meeting [SUMMER QUEEN PARTY]' will be broadcast live at CGV nationwide."
Written by Mun Wan Sik
Translated by Lee So Yun