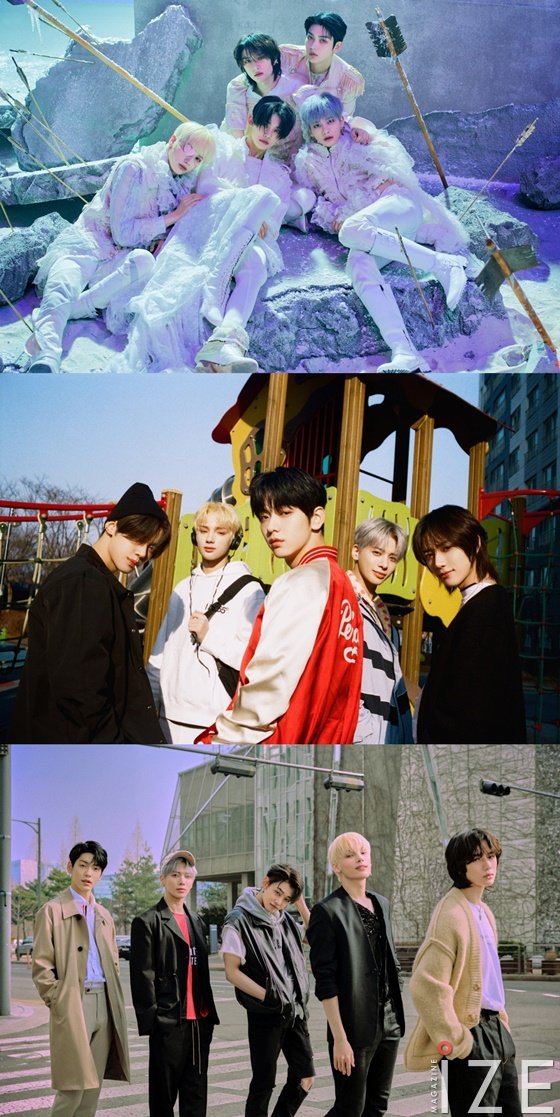 Pre-orders of TXT exceeded 700,000 copies and this is a feat that double the previous work, 'self-record'
The pre-orders for the new album 'Chaos Chapter: FREEZE' of South Korean boy group Tomorrow X Together have exceeded 700,000 copies.
According to YG PLUS, an album distributor on the 31st, the pre-order volume of Tomorrow X Together's second full album 'Chaos Chapter: FREEZE' was 700,000 copies as of the 30th, the last day of pre-order. This is more than double the number of pre-orders of 300,000 copies of the third mini-album 'minisode1: Blue Hour' released in October last year.
Tomorrow by Together announced a 'comeback with a different dimension' by releasing concept trailers, concept photos for 'WORLD', 'BOY' and 'YOU' versions, track list, album preview, track highlights, and music video teasers.
Written by Mun Wan Sik
Translated by Lee So Yun