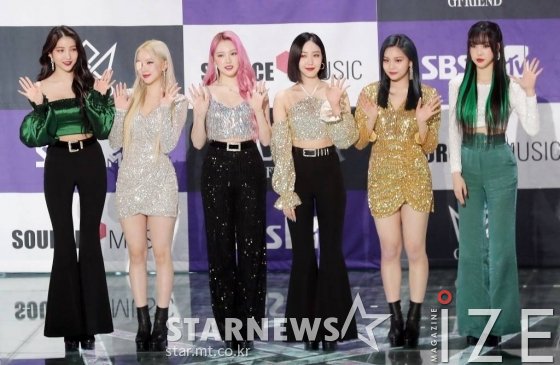 Popular female Korean pop group, G-FRIEND decided not to sign a renewal with agency Source Music, and now will be disbanded.
The members' exclusive contract concludes on May 22, 2021, and they plan to go their separate ways.

On May 18, Source Music announced that "The exclusive contract with the girlfriend will end on the 22nd. After long thoughts and in-depth discussions, we have gathered our intentions to show a better future in their respective paths."

The group is comprised Sowon, Yerin, Eunha, Yuju, SinB and Umji and each members will go their separate ways. However, the future of the group is unknown at this time.
Written by Yoon Sang Geun
Translated by Lee So Yun