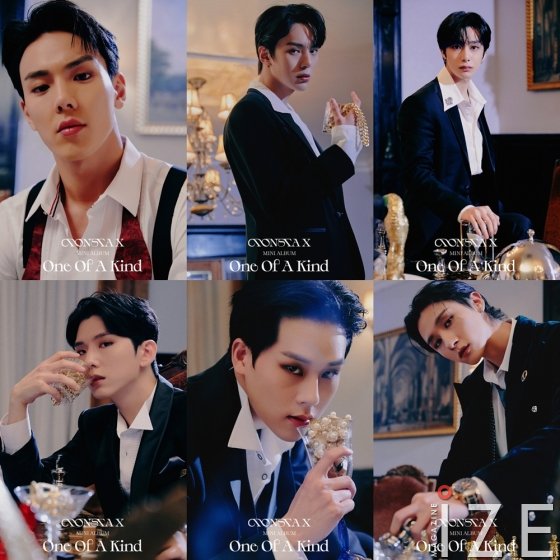 Group MONSTA X has revealed a dazzling visual through its first concept photorial.

On the afternoon of the 18th, MONSTA X posted the first concept photo of the ninth mini-album'One Of A Kind' through official SNS, which was literally 'The essence of refined beauty'
Starting with Shownu on this day, the concept photos of all members, including individuals and units, sequentially unveiled and further amplified the excitement of the long-awaited fans.
In the concept photo, Monsta X showed the standard of neat styling with the harmony of all black hair, black suit, and white shirt. The props and background are decorated with a luxurious party concept, creating a sophisticated and luxurious mood.
Monsta X plans to release a concept photo with new visual changes over four times until the 25th, further raising expectations for a comeback.
MONSTA X will return to their new mini album'One Of A Kind' about 7 months after their 3rd regular album 'Fatal Love'. The members who have built up their musical capabilities by participating in the lyrics and composition of each album added more meaning by participating in a number of songs in this new release.
Monsta X's ninth mini album 'One Of A Kind' will be released on the online music site before 6 pm on June 1st.
Written by Lee Deok Haeng
Translated by Lee So Yun