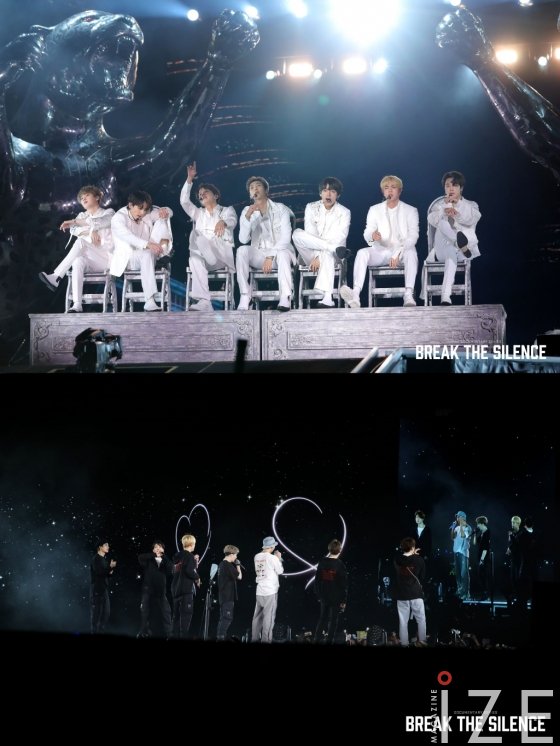 Group BTS and Tomorrow by Together will unveil their own contents, 'Break the Silence: Documentary Series' and 'TO DO X TOMORROW X TOGETHER' for the first time on TV.

'BREAK THE SILENCE: DOCU-SERIES', which highlights BTS' world tour journey, will be broadcast on JTBC2 at 7:40 pm on the 6th.
'Break the Silence: Documentary Series' is a documentary series that contains the passionate and splendid appearances of BTS on the stage and their casual appearance in daily life.
It contains vivid stories from the 'LOVE YOURSELF' Asia tour in November 2018 to the 'LOVE YOURSELF: SPEAK YOURSELF' Seoul final concert in October 2019. This documentary series, consisting of a total of 7 episodes, will air on JTBC2 starting on the 15th of last month and end today (6th).
When it was unveiled on the fan community platform Weverse in May last year, it was well received by fans around the world by melting the brilliant moments of BTS on the stadium tour and the sincere stories of the seven members.
On the 6th, Tomorrow by Together's self-produced entertainment 'TO DO X TOMORROW X TOGETHER' will also be aired on TV for the first time following last week. In particular, a new episode will be pre-released through JTBC2 for the first time.
Written by Lee Deok Haeng
Translated by Lee So Yun