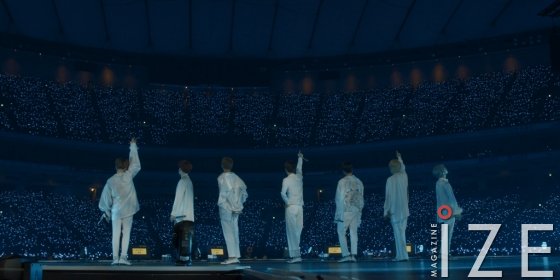 BTS will unveil 'Break the Silence: Documentary Series' for TV for the first time.

The group will release 'BREAK THE SILENCE: DOCU-SERIES' on 15th 7:20 PM on JTBC 2. The series contains BTS' world tour journey and self-produced real variety 'Run BTS'. The documentary series containing BTS' spectacular stage and passion, from the 'LOVE YOURSELF' Asia tour in November 2018 to the 'LOVE YOURSELF: SPEAK YOURSELF' Seoul final concert in October 2019, a total of 7 episodes. This is the first to be released through TV channels.
This is a video that vividly illuminates the dynamic moments the seven members have been able to share with. It alsp includes sincere stories about each other, and the shining moments made with fans around the world while unfolding a stadium tour, presented on the fan community platform Weverse in May last year.
Written by Mun Wan Sik
Translated by Lee So Yun