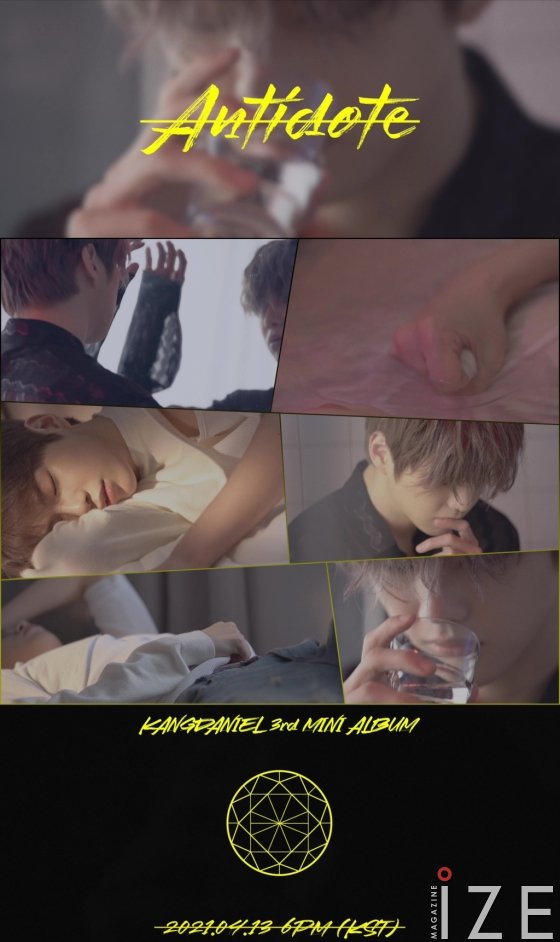 Singer Kang Daniel released the title track of the new album and entered a full-fledged comeback mode.
Konnect Entertainment, released a comeback trailer for the new album 'YELLOW' on the official SNS at 0:00 on the 26th. Earlier, the comeback date and the cover image of the new album were released, and this time, the title song was unveiled.

The title of the song is 'Antidote'. Again, Kang Daniel participated in the lyrics. This is the main story following 'PARANOIA', which showed a leap forward as a solo musician in February. Kang Daniel's vocals and dreamlike atmosphere in the comeback trailer are raising expectations of global fans.

'Antidote' was completed as an alternative R&B that was not commonly tried in existing K-pop. Rock elements are also added to each section, predicting Kang Daniel's new musical attempt and evolution.
Kang Daniel's new album'YELLOW', taking off the veil one by one, will be released on April 13th at 6pm.
Written by Yoon Sang Geun
Translated by Lee So Yun