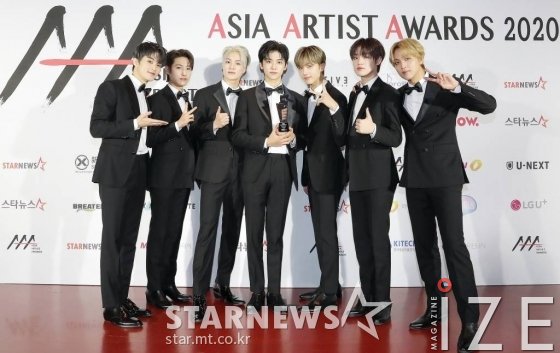 Group NCT DREAM is making a comeback in April.
On the 23rd, an official from SM Entertainment revealed to Star News that "NCT DREAM is preparing a new album with the aim of being released in April."
With this, NCT DREAM will make a comeback in about a year after the 4th mini album 'RELOAD' released in April of last year. In particular, this album is including Mark showing a complete NCT DREAM.
NCT DREAM, which used to be NCT's teenage youth alliance team, reorganized the existing system of graduation from the team at the age of 20 last year and changed it to a fixed member system.
As a result, after graduating in 2018, Mark rejoined the team, and after about 2 years and 7 months after the 2nd mini album 'WE GO UP', the seven members became active again.
Last year, NCT DREAM released and worked on their 2nd regular album 'RESONANCE', with all 23 members of NCT. This album sold 2.7 million copies, including repackages, and became a double-million-seller.
NCT DREAM's 'RELOAD' also exceeded 400,000 copies last year, breaking its own record. Interest is gathering about what NCT DREAM, which continues its global growth, will show with its new album.
Written by Gong Mina
Translated by Lee So Yun