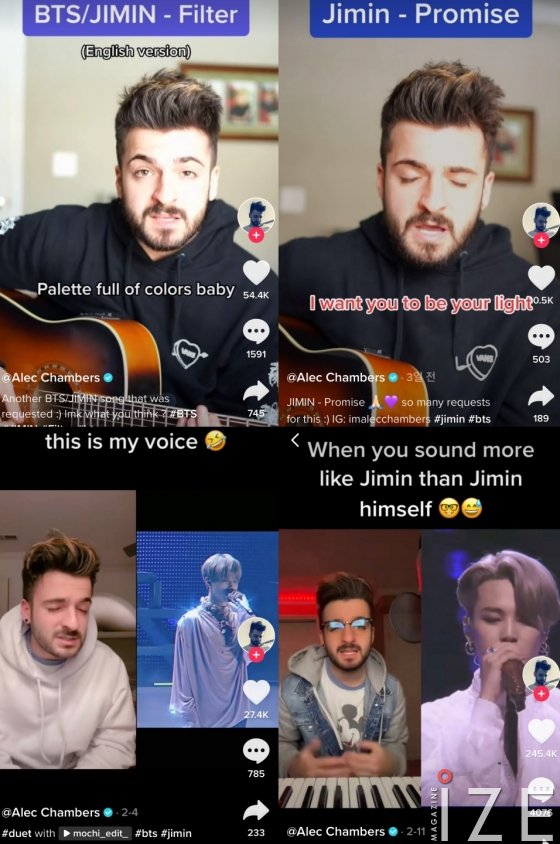 BTS Jimin's solo song 'FIlter' is covered by many artists and has established itself as a globally popular song.

Recently, Alec Chambers, an American singer-songwriter and influencer with 2.2 million followers on  Tiktok, translated the Korean song 'Filter' and posted an English version of the cover song.

The English version of 'Filter', which is sung with a sweet voice while playing the guitar, gained popularity with the original song showing the climax of Jimin's sexy and another charm.
Alec Chambers also translated Jimin's first self-composed 'Promise' into English and posted a cover song, and showed constant affection for Jimin by updating the video with his own voice inserted in the usual stage video of Jimin.
The global popular song 'Filter' has been challenged by artists from all over the world for a year since it was released.

In Korea, singer Baek A-yeon covered it, and actor Son Yeo-eun also covered it with a high-quality piano performance.
Written by Mun Wan Sik
Translated by Lee So Yun