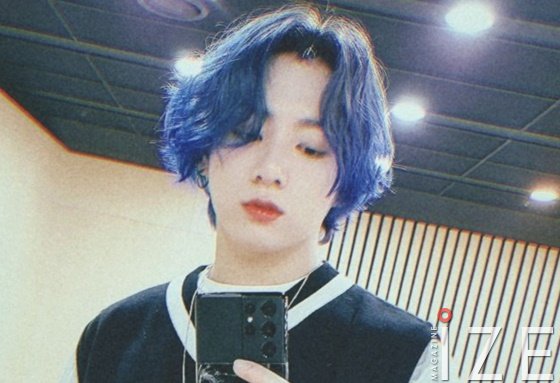 Jungkook again changed his hair color and captured the hearts of fans around the world.
On the 24th, Jungkook posted a photo on the official Twitter of BTS, along with the post "Self-dyeing :) #JJK".

After Jungkook's photo was released on this day,'Jungkook' was ranked first in 'Tweeple Japan', and 'JEON JUNGKOOK','JUNGKOOKS','Blue Hair','Self-dyeing' on social network service (SNS) Twitter. '#JJK' and 'our Jungkook' have risen to real-time trends in 89 countries, starting from the worldwide trend. With 1.6 million tweets, the explosive reaction was real.
Jungkook's blue hair tweet exceeded 1 million in 46 minutes, 1.5 million in 2 hours, and 2 million 'Like' in 7 hours. 2 million'Like' is the shortest time achieved by artists around the world.
Written by Mun Wan Sik
Translated by Lee So Yun