BTS Jungkook, the first artist in the world to record 3 million 'Likes' on Twitter 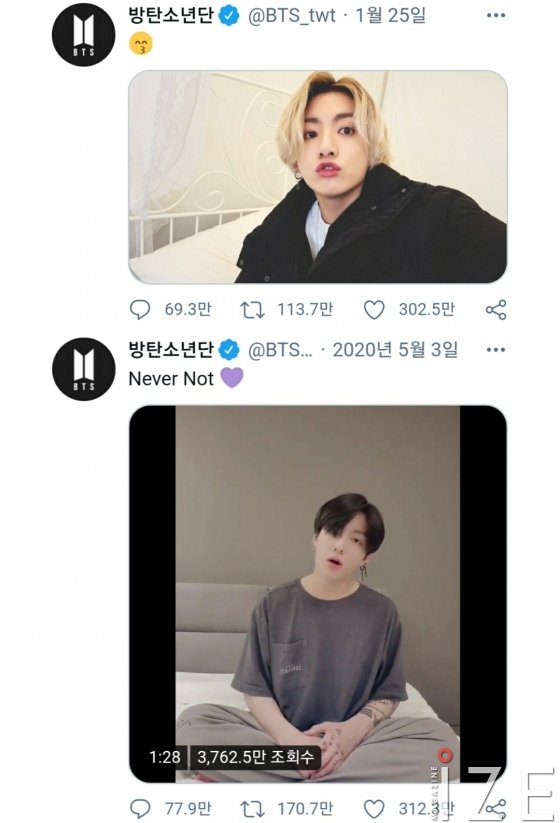 BTS's Jungkook won the title of'World's First Artist' on Twitter.
American media 'All-K-Pop' reported on the 6th that "Jungkook is the only artist in the world to achieve 3 millon 'Likes' of 2 tweets.
The media reported that Jungkook, called 'SNS King' and 'Worldwide IT Boy', set another record and set a world record.
Following this, Jungkook's blonde selfie tweets recently exceeded 3 million 'Likes', and Jungkook's two tweets along with 'Never Not♥' achieved 3 million 'Likes', the world's first and only record as an artist, the media reported .
"Jungkook, former US President Barack Obama, and current US President Joe Biden are the only people in the world to have multiple tweets that received more than 3 million likes.", medias reported.
Written by Mun Wan Sik
Translated by Lee So Yun