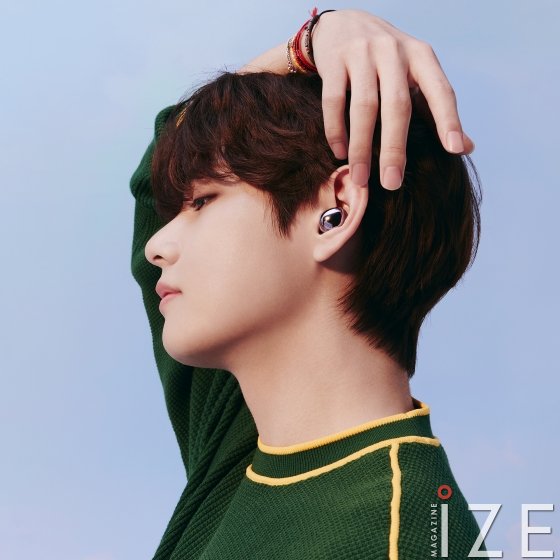 V of BTS has again appeared at Samsung's 'Galaxy Buzz Pro Event' 2 years in a row.
V's beautiful profile at the Samsung Mobile New Product Release Event is drawing an explosive reaction.During the 'Galaxy Buzz Pro' announcement at the 'Samsung Unpacked', which was broadcast live on the 15th at 0 o'clock, the fantastic profile of V wearing the product was revealed and caught the attention of global fans.
Wearing Buzz Pro, V put his hand on top of the product, helping to draw attention to the product. With the addition of V's profile to his long, thin hands, this scene created an ecstatic moment like a work of art in itself.V appeared in the presentation wearing Buzz Plus at the 'Samsung Galaxy Unpack 2020' event in February of last year, raising curiosity. At the time, it was not revealed that BTS would play an active role as an official model of the product, so V's surprise appearance was somewhat very surprising.
Written by Mun Wan Sik
Translated by Lee So Yun