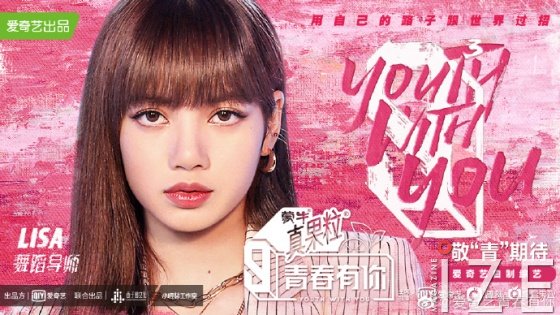 Lisa from girl group Blackpink will participate again in Chinese audition program “Youth With You 3” as a mentor, the Chinese version of 'Produce 101'.
On the 7th, the audition program “Youth With You 3” broadcast on China's OTT platformiQIYI, announced the news of Lisa's comeback through its official Weibo.
According to her agency YG Entertainment, the artist will continue to participate as a dance mentor for the trainees in the program’s third season, which will be streamed via Chinese video platform iQIYI. Lisa also acted as a mentor in the second season of the show.
On her Weibo account on Thursday, Lisa uploaded a video announcing her return to the program.
Lisa played an active part as a dance mentor in  “Youth With You 3”, showing off her hot popularity in China. Currently, Lisa's Weibo followers are close to 7.75 million.
Written by Gong Mina
Translated by Lee So Yun