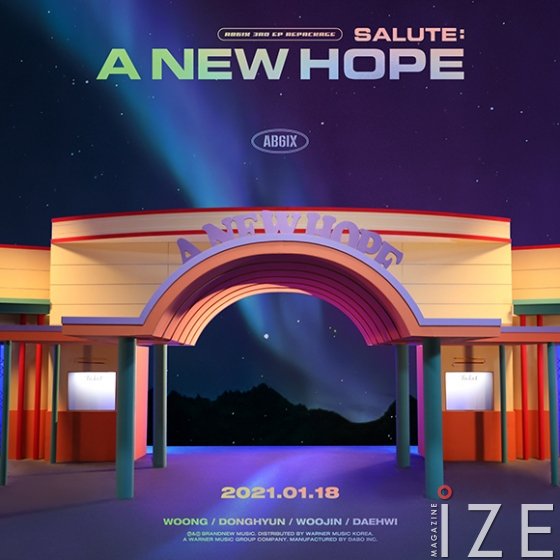 SALUTE: A NEW HOPE' will be released through major online music sites at 6 pm on January 18th next year.
The idol group AB6IX released a teaser poster for the first repackage album, and officially announced their comeback.

Brand New Music released a teaser poster for AB6IX's 3rd EP repackage album 'SALUTE: A NEW HOPE' to be released on January 18th next year through AB6IX's official SNS channel on the 31st.

The poster contains an image of a structure reminiscent of the entrance to an amusement park against the backdrop of a mysterious atmosphere of aurora and stars, adding to the curiosity about the concept of this new album.
Everyone is paying attetion as what kind of new charm will be presented through this repackaged album because AB6IX has left a strong impression by showing a modest and dynamic performance with the previous album 'SALUTE'.