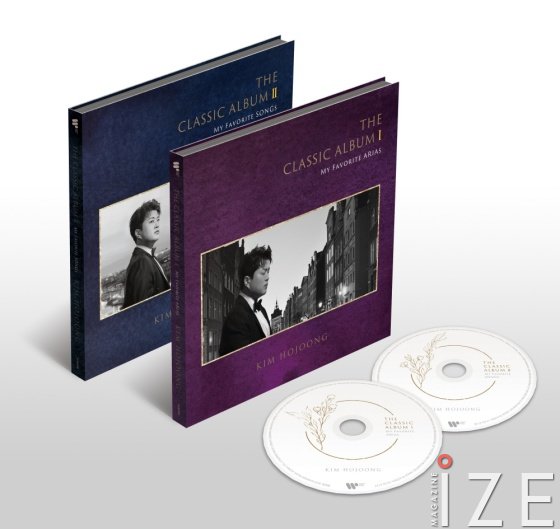 Trot singer Kim Ho-jung wrote a new history in the classical world following Trot.
Kim Ho-jung's classic mini album'THE CLASSIC ALBUM' showed the excitement of rising to No. 1 and No. 2 for each version in the Hanteo Chart album as of 4 pm on the 18th.

'THE CLASSIC ALBUM' was released on various music sites at noon on the 11th. This album, which consists of two types, has dominated various online real-time music charts upon release.
Kim Ho-joong not only set a record close to 500,000 copies by pre-ordering the classic mini-album, but also became a million-selling album in 2020, including'My Family', which was released in September.

The album contained various tracks such as'Nesundorma','The Stars Are Shining','Oh Solemio', and the musical number 'This Moment'. On the 18th, it started selling in offline stores.