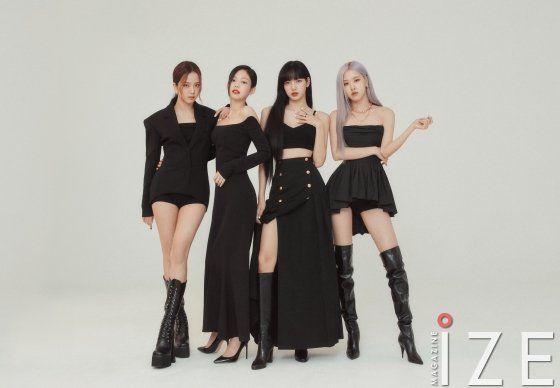 Girl group BLACKPINK maintained the top 200 charts on the Billboard for 7 consecutive weeks with their 1st regular album'THE ALBUM'.
According to the latest chart released by Billboard on the 24th (Korean time), BLACKPINK's 1st album'THE ALBUM' ranked 69th on the Billboard 200 chart on November 28, 2020.
'THE ALBUM' has maintained the top position by rising to 2nd place in the first week of entry, and then ranked 6th in the 2nd week, 10th in the 3rd week, 23rd in the 4th week, 42nd in the 5th week, and 45th in the 6th week.
With this, Black Pink succeeded in 'chart-in' for the 7th week with this album.
'THE ALBUM', released on October 6, recorded more than 1 million pre-orders in the pre-order period, and sold about 600,000 copies in Korea only on the first day of release (based on Hanteo Chart, excluding exports to the US and Europe), and is a K-pop girl group. It set a new record for the first time ever.
Written by Yoon Sang Geun
Translated by Lee So Yun