MOMOLAND Comes Back with Ready Or Not 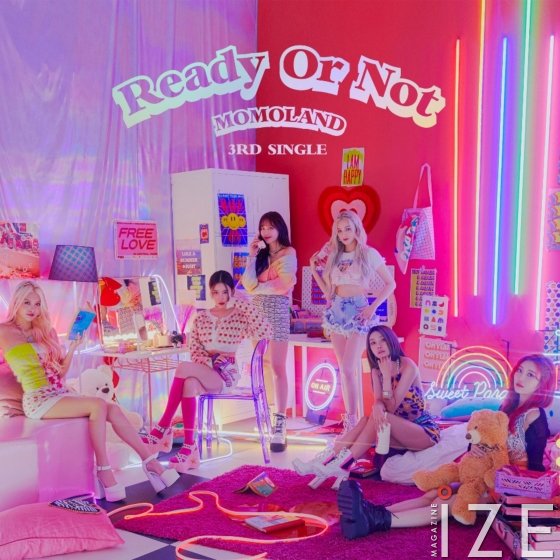 Girl group MOMOLAND is returning with the new album 'Ready Or Not'.
Momoland is planning to release its 3rd single album 'Ready Or Not' through major online music sites and YouTube channels at 6 pm on the 17th and start making a comeback.
The album consists of 'Ready Or Not', the title song participated by singer and producer PSY, and the track 'Merry Go Round'.
'Merry Go Round' is a medium-tempo R&B song that expresses gratitude and longing for the fans'Merry' in celebration of Momoland's 4th anniversary.
An official from MLD Entertainment said, "With Psy's participation, Momoland's new song has become more unique and more complete." 'Said.
Momo Land is scheduled to present its first comeback stage of'Ready Or Not' through SBS MTV'THE SHOW' at 6 pm on the 17th.
Written by Yoon Sang Geun
Translated by Lee So Yun
- Any copying, republication or redistribution of STARNEWS’s content is expressly prohibited without prior consent of STARNEWS. Copyright infringement is subject to criminal and civil penalties.