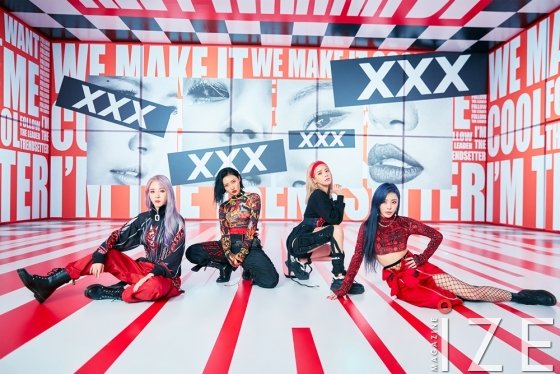 According to Gaon Chart, Mamamu's 'HIP' exceeded 100 million streaming and received a platinum certification mark certified by Gaon Chart.
In particular, Mamamoo's platinum certification is the third time, and it has previously received platinum certification in the streaming and download category with the title song 'Starry Night' of the 6th mini album 'Yellow Flower'.
'HIP', released in November of last year, is a song that summarizes Mamamoo's frank charm, and contains a positive message that when you truly care for yourself and love yourself without being aware of the gaze of others, you can truly become 'HIP'. Immediately after the release, it swept the top spot on major domestic music charts, and then climbed to the 7th crown of music broadcasting and showed off the power of the group.
In addition, it showed strong global influence by ranking first in Billboard World Digital Song Sales in the US, No. 1 in the Japanese iTunes K-Pop chart, and No. 3 in the Rekochoku K-Pop category, the largest streaming site in Japan.