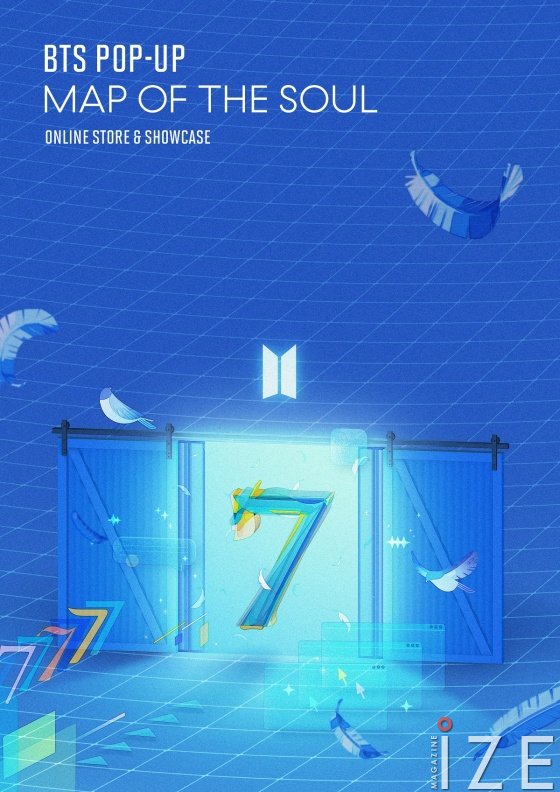 Pop-up stores of the group BTS (BTS) will be opened sequentially in five regions around the world starting on the 23rd.
Big Hit IP (Business Representative Seung-Seok Lee), an independent corporation in charge of Big Hit Entertainment's Intellectual Property rights business, said that a new pop-up store with the concept of BTS '4th regular album 'MAP OF THE SOUL: 7' will be opened from 23rd.
'BTS POP-UP: MAP OF THE SOUL' showcases about 300 types of products such as clothing, fancy goods, and household goods. Earlier, in the pop-up store 'BTS POP-UP: HOUSE OF BTS', which was opened in October last year, the theme of BTS' music such as'DNA' and 'MIC Drop' were included. Likewise this time, products with the theme of songs from the album 'MAP OF THE SOUL: 7'will be released.

This pop-up store is mainly operated by the online store (BTS POP-UP Online Store), and unlike the last pop-up store that was only operated in Korea, Japan, and Mexico, it has expanded its scope including Korea, Japan, and parts of Asia (Indonesia, Malaysia, Philippines, Singapore, Taiwan, Thailand, Vietnam), the United States, and Europe (15 countries including Germany, UK, France, etc.)

Written by Gong Mina
Traslated by Lee So Yun