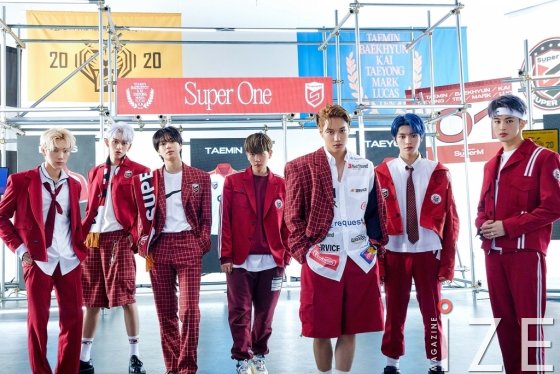 Billboard explained that 'Super One' debuted in second place with a total of 104,000 albums sold on this chart, and 101,000 of them sold physical albums.
Billboard also said, "In the case of 'Super One', the MD created in collaboration with Marvel also affected sales."
The title song 'One' (Monster & Infinity) is a hybrid remix number created by combining the album tracks 'Monster' and 'Infinity'. In addition to the narrative composition of the song and the catharsis of the transition, the lyrics expressing the will to overcome the hardships ahead and go to a higher place are impressive.
Immediately after the release of the album, Super M released the stage of 'One' for the first time through the popular NBC talk show 'The Ellen DeGeneres Show', and has also made a special presence in the country.
Super M is a boy group that debuted in October 2019, and consists of 7 members including SHINee Taemin, EXO Baekhyun and Kai, NCT Taeyong and Mark, and WayV's Ten and Lucas.
Written by Mun Wan Sik
Translated by Lee So Yun