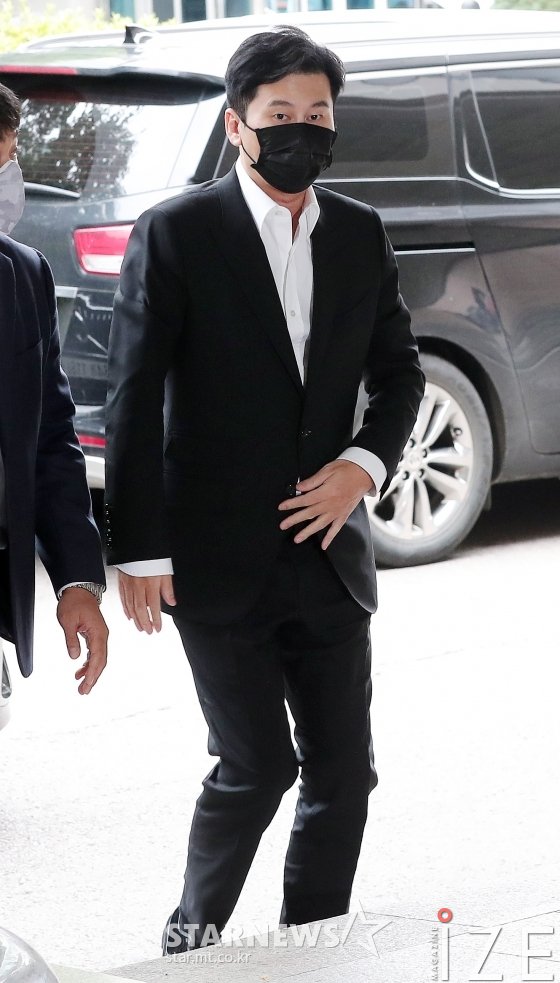 Yang Hyun-seok, former CEO of YG Entertainment, who was handed over to the trial on charges of committing a billion-dollar expedition abroad, admitted all the charges.

On the afternoon of the 9th, the 9th criminal court of the Seoul Western District Court held the first trial against former YG CEO Yang, who was accused of overseas gambling.

Yang, who appeared wearing a black suit and a black mask, answered a question about his job, saying, "I was a music producer at YG Entertainment."
The prosecution said, "Four defendants including Yang Hyun-seok have confirmed that they have gambling 400 million won over 24 times, and defendant Mr. Im has gambling about 240 million won."
Yang Hyun-seok's lawyer and defendants all said to the prosecution, "I acknowledge all the facts of the prosecution."
Written by Gong Mina
Translated by Lee So Yun