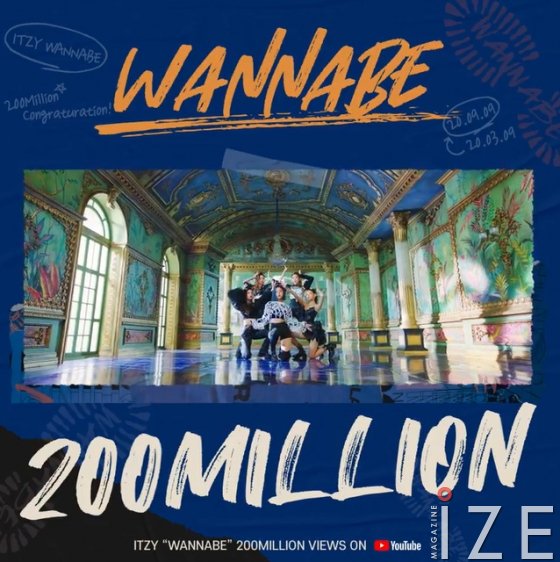 The music video for the title song 'WANNABE' of the second mini-album 'IT'z ME' released on March 9 this year exceeded 200 million YouTube views around 10:10 am on the 9th, about 6 months after the release.
It is a record 10 months faster than the debut song 'Dala Dala' reaching 200 million views in 1 year and 4 months.

With this, ITZY will have two 200 million views music videos, from 'Dala Da0l0a' to'WANNABE' after 1 year and 7 months of debut.
The music video for 'WANNABE' is leading the high number of views with a powerful dance break, the group's main specialty, as well as an exhilarating sense of freedom, such as throwing off high heels, walking barefoot on the runway, or cluttering a well-dressed table.
Written by Lee Jung Ho
Translated by Lee So Yun