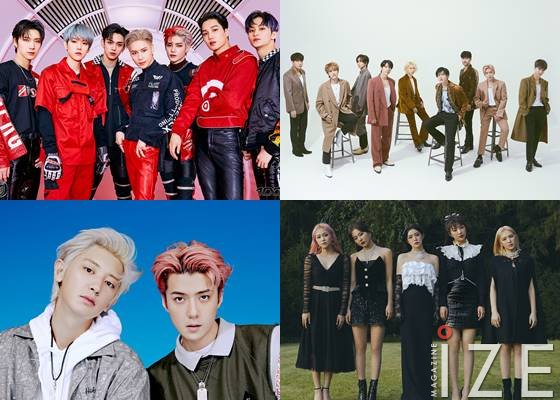 The artist lineup of 'a-nation online 2020', which will be held online on the 29th, was revealed on the official website on the 11th. Among them, Super Junior, Super M, EXO Sehun & Chanyeol, and Red Velvet have proved their hot popularity once again with their names as representative K-Pop groups.

In particular, it will be the fifth appearance for Super Junior since 2012-13, 2015 and 2018,  the third after for Red Velvet 2017 and 2018, and the forth participation for EXO Sehun & Chanyeol participated as EXO in 2015 and 2017-18, amplifying curiosity about what will be shown in this online performance.
In this'a-nation online 2020', besides Super Junior, Super M, EXO Sehun & Chanyeol, and Red Velvet, famous asian artists such as Hamasaki Aumi, Koda Kumi, Emma Wu, Da-iCE, DA PUMP, SEAMO, SKY-HI, Taisei Miyakawa, TRF, and Wayne Huang will also appear, raising fans' expectation.
Written by Lee Jung Ho
Translated by Lee So Yun