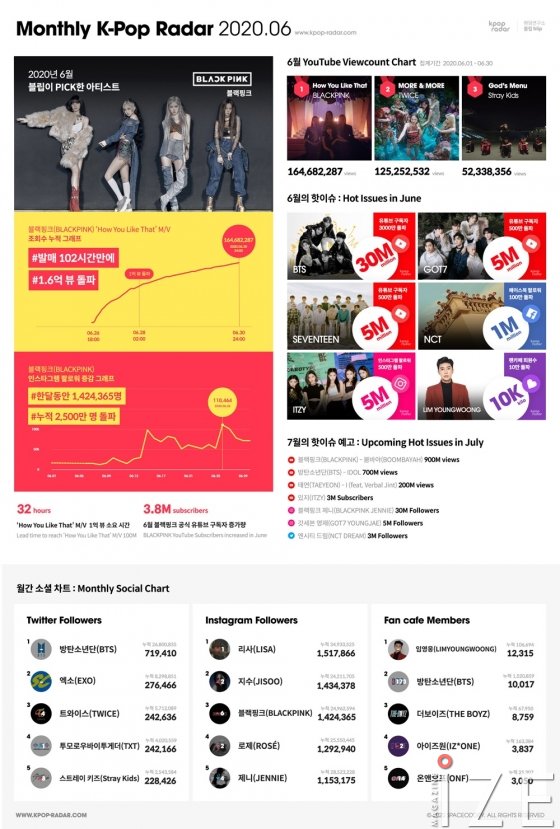 South Korean girl group BlackPink set an amazing new record and ranked first on the K-pop radar weekly chart, and was selected as the 'Artist of the Month'.
K-pop radar said on the 10th, "BlackPink received the honor of 'Artist of the Month' thanks to the top ranking of the weekly YouTube hit chart for two consecutive weeks."
BlackPink's 'How You Like That' music video, released in June, recorded the highest number in K-pop radar history, reaching more than 90 million views in just 30 hours during the 26th week. It was also the first artist to record a record 120 million views and record a billion views.
This music video broke through a total of 160 million views in 102 hours of release, and it reached the top of the K-pop radar monthly hit chart.
In addition, BlackPink also appeared in the K-pop radar Instagram chart. Members' personal Instagram and team official accounts ranked side by side in TOP 5. In particular, among them, BlackPink's official Instagram followers increased by 1.4 million per month, exceeding 25 million in cumulative.
Written by Yoon Sang Geun
Translated by Lee So Yun