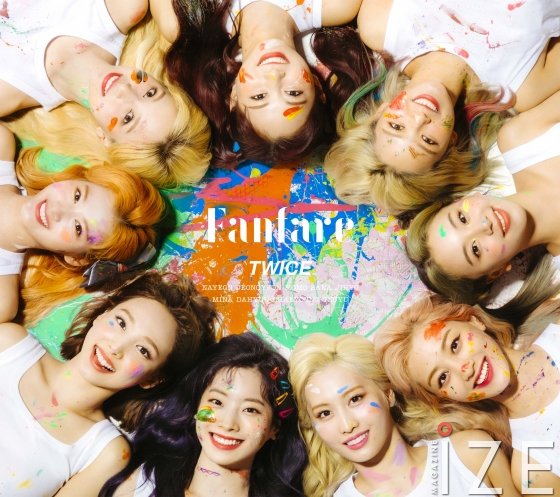 South Korean girl group TWICE hit the Oricon chart once again with the new Japanese single 'Fanfare'.
The new album 'Fanfare', released on the 8th, is gaining popularity as it ranked first on the Oricon Daily single chart on July 8.
The new album achieved 10,796 points on the Oricon chart on the 7th, followed by 2,475 points on the 8th.
Twice released the music video and sound source of the new song as part of the promotion on the 19th of last month prior to the announcement of the 6th single.
'Fanfare' ranked first in the Japanese line music top 100 week chart (2020.06.17 ~ 2020.06.23).