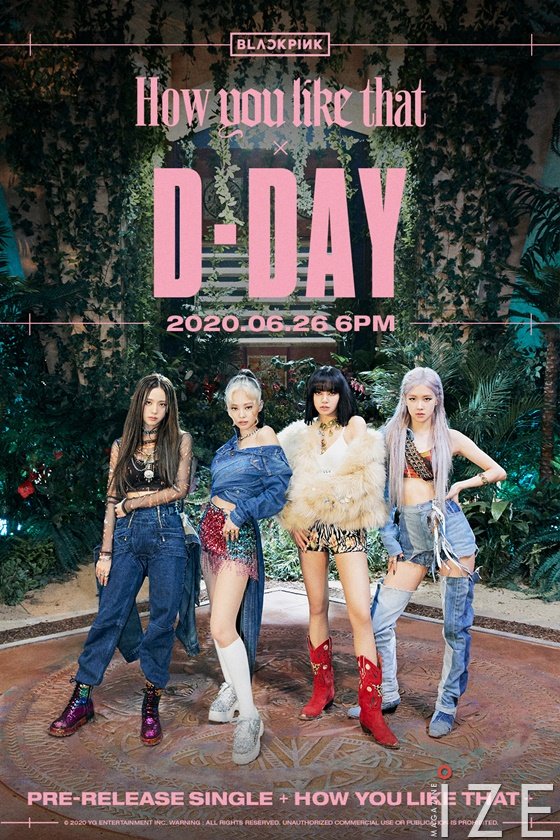 South Korean girl group BlackPink is finally making a comeback today (26th). It is a new song in about 1 year and 2 months, and it is the pre-release title of the first regular album to be released in September, so the interest of music fans is hotter than ever.

BLACKPINK will release a new song 'How You Like That' at 6 PM on the 26th. This is a hip-hop song that will show off Black Pink's personality and charisma. The song, which was released slightly in the form of a teaser, has a dreamy and magnificent sound that overwhelms the introduction, foretelling the intense conduct of BLACKPINK.
'How You Like That' is a song that gives a strong impression of reversal to vocals that are heightened by changes in emotion and the explosive drop parts of 'How You Like That'. As the song progresses, there is a message of BLACKPINK that the powerful beat that is heightened and delivers a message that 'Let's go forward without compromise under any dark situation and fly high'.
Written by Gong Mina
Translated by Lee So Yun