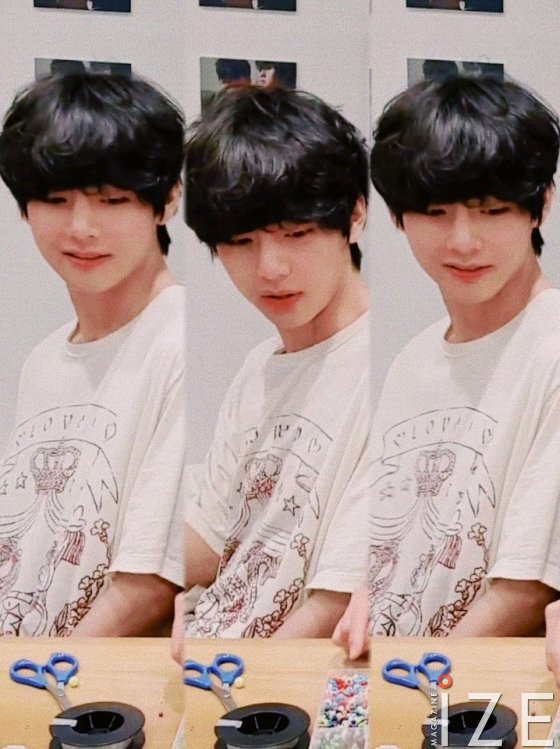 The group BTS V made a surprise appearance during J-Hope's personal broadcast and shared his status.
V appeared on the 24th as J-Hope, wearing an ivory-colored T-shirt, on the Naver V-Live broadcast.

On this day, V boasted 'young face' that looks younger thanks to his shortened hair, the fans also did not hide the excitement of V's appearance in about two weeks.