Irene and Seulgi of Red Velvet, Debut As Sub-Unit 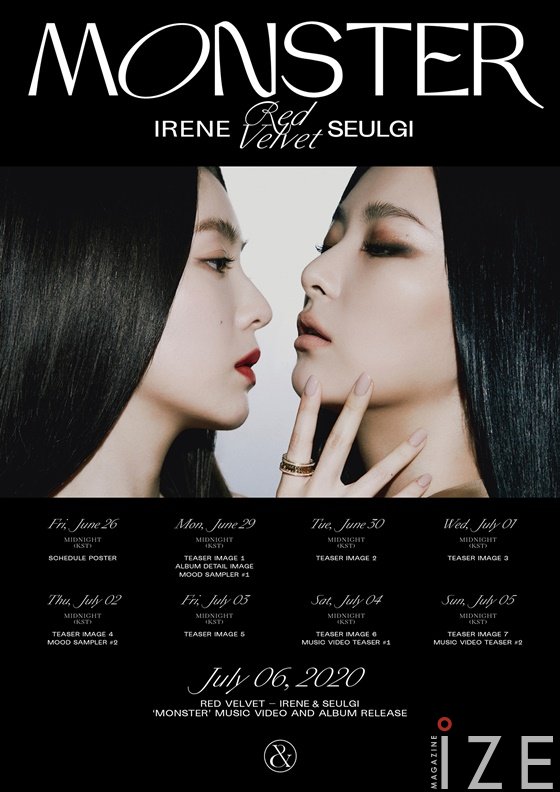 Red Velvet members Irene and Seulgi will be releasing their first single "Two Shadows" from their EP 'Monster' as sub-unit.
Korean girl group Red Velvet's Irene and Seulgi are confirmed to be the first members to have a sub-unit project.
Irene & Seulgi's first mini-album'Monster' will be released from various music sites on July 6 at 6pm. The album included 6 songs of various genres, including title songs of the same name.
The title song,'Monster', is a pop dance song with an impressive conceptual lyrics that tells the story of an immortal monster that enters the other person's dreams to dance, play, and immerse themselves. With heavy bass and intense sound, a relaxed yet charismatic vocal is added, allowing fans to meet Irene & Seulgi's hip charm and new look.