Hwasa of MAMAMOO, Intense Stare under the Red Light 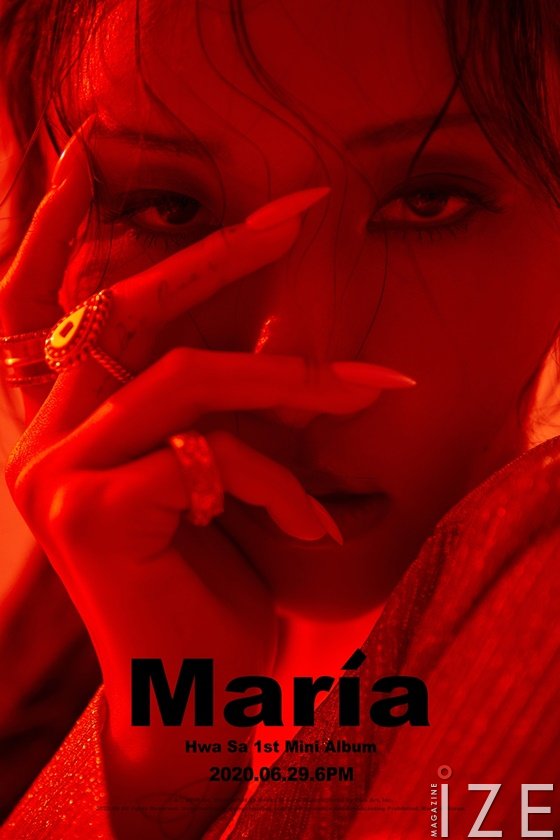 Hwasa of South Korean girl group Mamamoo has released the first mini album'Maria' teaser image.
On the 23rd, Hwasa introduced a teaser image of the first mini album'Maria' through the official SNS, raising expectations for a solo comeback.
In the published photo, the Hwasa captures the people's attention by revealing the alluring appearance under intense red light. The stylish styling of her who wore the elegant dress and a necklace gives off a seducing look, creating a sexy mood.

Earlier, the Hwasa released a teaser image, an interview preview, and a track list sequentially, starting with the intro 'Nobody else' video with a heartfelt message, "Let's love oneself," and raised questions about the first mini-album.

Hwasa announces its first mini-album'Maria' on the 29th.
Written by Gong Mina
Translated by Lee So Yun