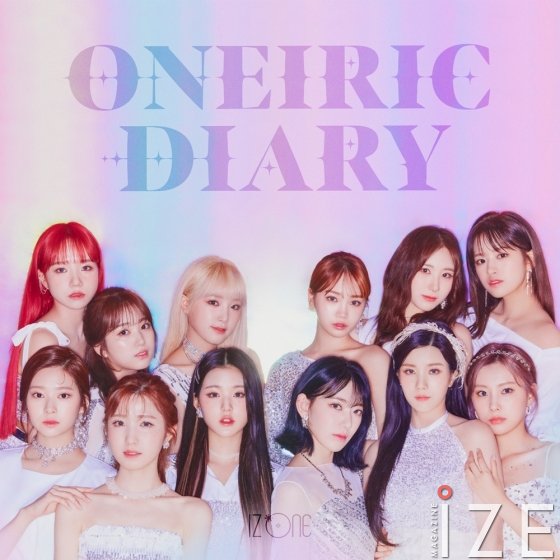 The girl group IZ*ONE once again set a new record for the first girl group album.

According to the Korean album counting site Hanter Chart on the 22nd, the total initial sales volume of IZ*ONE's 3rd mini album 'Oneiric Diary' released on the 15th recorded 38,334 copies (from June 15 to June 21)
'Oneiric Diary' was a surprise by jumping over 35,313 copies of the first full-length album, BLOOM*IZ, released in February, in just 6 days.
As a result, IZ*ONE succeeded not only in breaking its own record, but also winning the first place in the record of the previous girl group.

'Oneiric Diary' is a concept album expressed by a combination of opposite materials such as fantasy and diary. Immediately after the release, it was ranked first on the domestic major music charts, as well as on the iTunes K-pop album charts in 31 regions including the United States, UK, Canada, and Mexico, announcing a successful comeback.