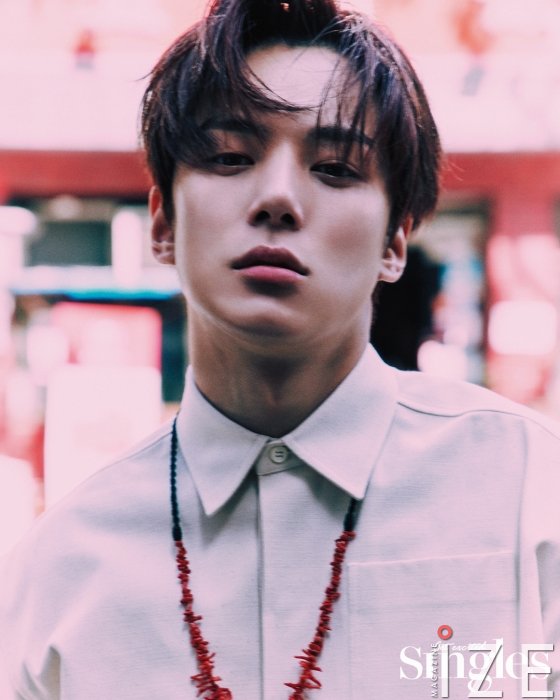 Minhyuk of the group Monsta X went on to capture the fans' mind through pictorial.
Minhyuk overwhelmed the camera with fatal stares and charismatic poses in the magazine SINGLES June issue, released on the 22nd.
This is Minhyuk's first solo photo. It was shot in a vintage and retro mood to match the atmosphere of Seoul's Euljiro. Minhyuk completed a perfect pictorial with outstanding costume digestibility.
On the 26th, Monsta X, who will be looking for fans with a new album, will show their signature energetic and powerful stage through the title song 'FANTASIA'.
About this album, Minhyuk said, “There are high note parts that cannot be seen in previous albums. I am immersed in singing, and I am learning and enjoying it again with like that of debut. This performance focused on rhythmical rather than group choreography. The performance was very difficult to be called as the 'choreography of the devil', and it is not an exaggeration to say that it is a choreography with a soul."
Written by Mun Wan Sik
Translated by Lee So Yun