Jihyo of Twice in Purple 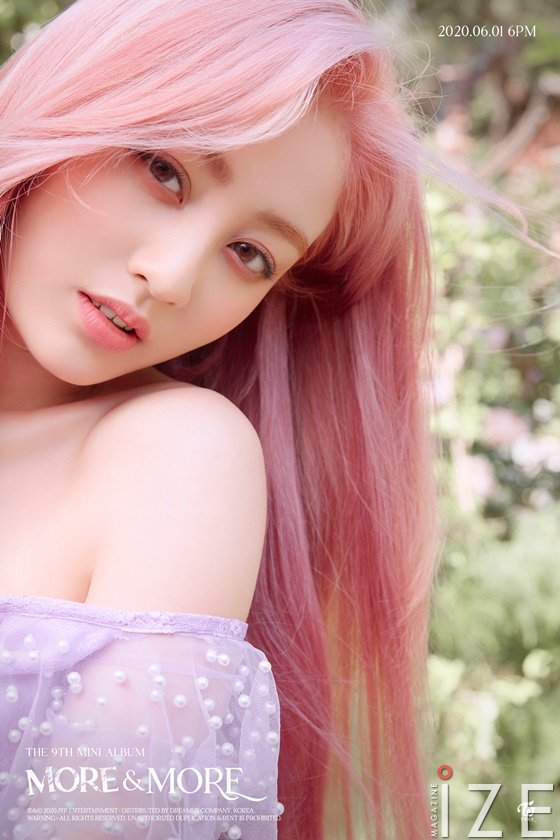 Jihyo of South Korean girl group TWICE showed off mystical beauty in the new song 'MORE & MORE' teaser.
JYP Entertainment released Jihyo's concept image through an official SNS channel on the 18th and opened a personal teaser image at 12:00 on the same day.

Jihyo fascinated the viewers with a hair style that has a delicate harmony of purple and pink. In the teaser image, she wore a light purple dress and gave her a fluttering look.
In the concept film, her face was revealed by the gentle wind and sunlight of birds. This concept film is the first content to try after debut, and Twice's effort to reach out to fans with a new look is always been appreciated.

From the debut song 'OOH-AHH' to the previous work 'Feel Special', TWICE, who recorded a hit streak, is focused on whether to set a record for '13 consecutive hits' with this new song.
Written by Lee Jung Ho
Translated by Lee So Yun