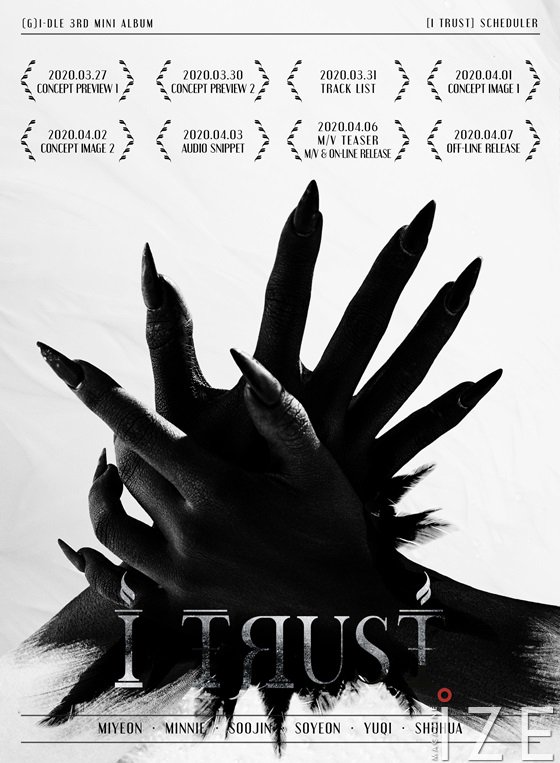 (G)IDLE's comeback has entered a full-scale countdown.
On the 26th, (G)IDLE released a comeback scheduler for their third mini album 'I trust' through their official SNS.

According to the released scheduler, the track list, concept image, audio teaser, and music video teaser video will be released sequentially starting with concept preview on the 27th. On the day of release, on the 6th of April, at 6 PM, the music track and music video of the title song will open.
The scheduler unveiled on this day contains an image of two darkly colored hands side by side, giving an intense feeling.
Fans' expectations are rising on (G)IDLE's new style, who are pioneering their own genre with unique concepts and performances.
(G)IDLE's third mini-album 'I trust' will be released through various online music sites on April 6th at 6 PM.