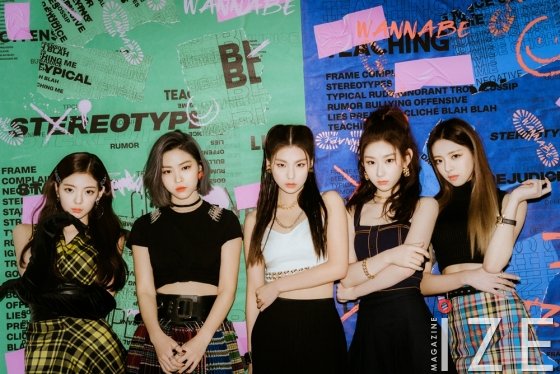 JYP's new girl group ITZY has set a new record for the American Billboard chart with its new album, 'IT'z ME'.
According to the latest chart released by Billboard in the US on the 17th (local time), ITZY's 2nd mini album 'IT'z ME', which was released on the 9th, was ranked 5th on the Billboard World Albums chart, rewriting its record. In addition, the album title song 'WANNABE'  rose to rank 4th in the Billboard World Digital Song Sales.

ITZY was also ranked 31st in the Billboard Emerging Artist Chart, which ranks artist activities across various categories such as Billboard Hot 100, Billboard 200, and Social 50.

Billboard focused on ITZY's chart performance, which is showing a strong growth in the global music market, and poured generous praise.
Written by Yoon Sang Geun
Translated by Lee So Yun