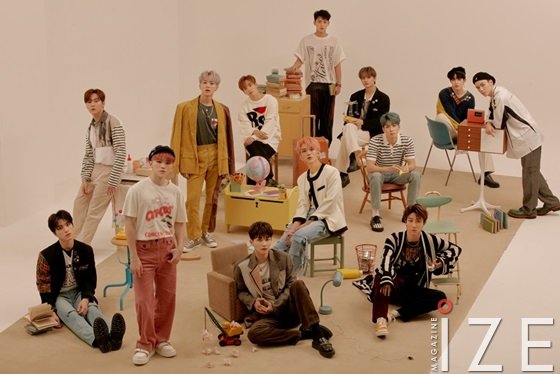 Seventeen's Japanese second single, 'Smile Flower Japanese ver.', was first released through AbemaTV's latest original drama.
Seventeen is planning to release the second single in Japan on April 1st, '舞 い 舞 ち る 花 び ら' (Fallin 'Flower), while the album' Smile Flower Japanese ver. which is included in OST for drama 'In the world where only I am 17-year-old'.
'In the world where only I am 17-year-old' is a fantasy love romance in which Kota and Mei, their childhood friends, like each other, but Kota dies suddenly without telling his mind, and comes back only when the cherry blossoms season returns.
Written by Gong Mina
Translated by Lee So Yun