IZ*ONE Comes Back with BLOOM*IZ 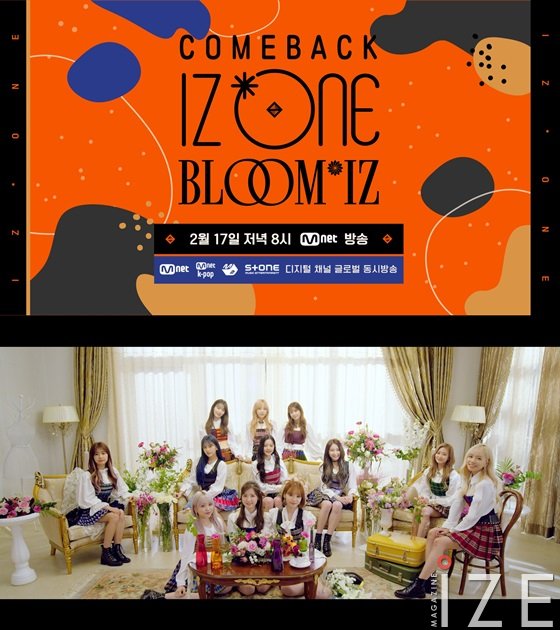 IZ*ONE will show title song 'FIESTA' in its first album 'BLOOM * IZ' as well as other like 'SPACESHIP', 'Sunflower', 'SOCURIOUS', and 'AYAYAYA'.
Among them, 'SOCURIOUS' and 'AYAYAYA' are raising the expectations of the fans as these songs will be performed as unit stages that can clearly show the charm of each member.

IZ*ONE's first regular album 'BLOOM * IZ' is scheduled to be released on February 17th, and already won the 1st place in Weekly Chart in February as well as online and overseas online reservation sales.
Written by Gong Mina
Translated by Lee So Yun