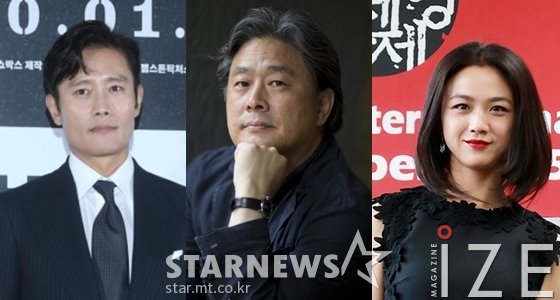 As a media has reported that Koran director Park Chan-wook's new film will star Lee Byung-hun and Tang Wei, all of them asked for not to draw a rash conclusion.

On the 6th, a media reported that Tang Wei will appear in the new work being prepared by Park Chan-wook. Prior to this, Lee Byung-hun said that he will appear in director Park Chan-wook's new work. But this is not true. The scenario is not yet complete, and nothing is decided at this moment.
"The new work of Park Chan-wook mentioned in today's article is one of the many projects that Park Chan-wook is preparing for, but the script has not been completed yet." Therefore, casting work has not started. I will let you know as soon as it is decided. "
Tang Wei also said that she was only scheduled checked and has not receive any scenario.

Written by Kim Mi Hwa
Translated by Lee So Yun