Winner Will Have Encore Concert 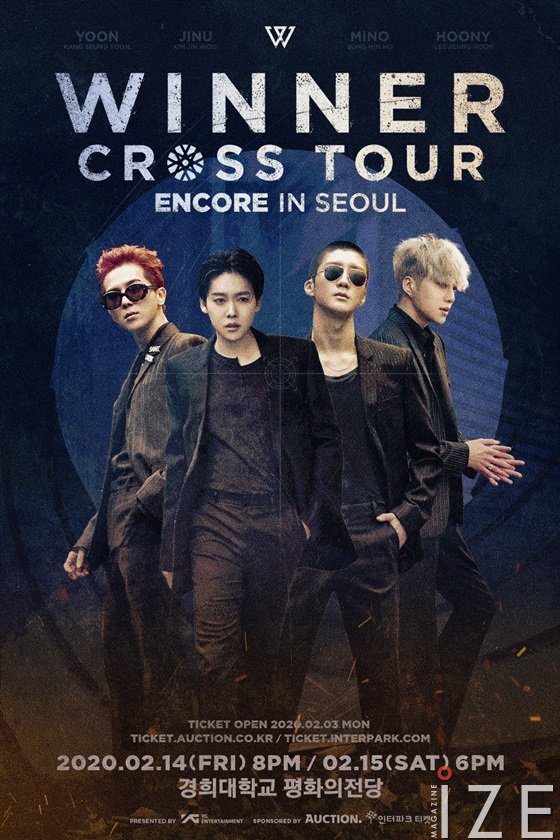 YG Entertainment, the company's agency, announced on January 22 that WINNER's Seoul Encore concert will be held from February 14 to 15 at Kyunghee University Peace Hall in Seoul on February 14-15.

This stage was planned with the wish that WINNER, who is actively on tour in Asia, wants to be with Korean fans once again. In particular, it is highly likely to be the final full performance of WINNER before Kim Jin-Woo's recruitment to the military.
WINNER performed more than 40 stages in two days when it held an Asian tour at the KSPO DOME (Olympic Gymnastics Stadium) in October last year.
Tickets for the concert will be available from 8 pm on 3 February. Concert on the 14th will be sold at Interpark while concert on the 15th will be held at Auction Ticket.
Written by Gong Mina
Translated by Lee So Yun