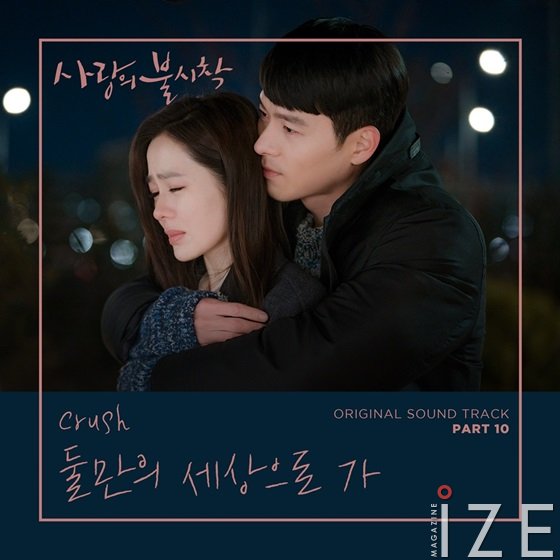 Singer Crush swept the first place in the music chart once again with the drama OST, which is his first participation in 4 years.
As of 9 am on the 10th, Crash's 'Let Us Go', OST included in TVN's 'Crash Landing on You' swept the all number 1 rankings in various music ranking sites in Korea including Melon, Genie, Soriband and Bugs.
In addition, 'Let Us Go' was more noticed in the OST that took part in about 4 years after the 'Beautiful' released in 2016.
Written by Gong Mina
Translated by Lee So Yun