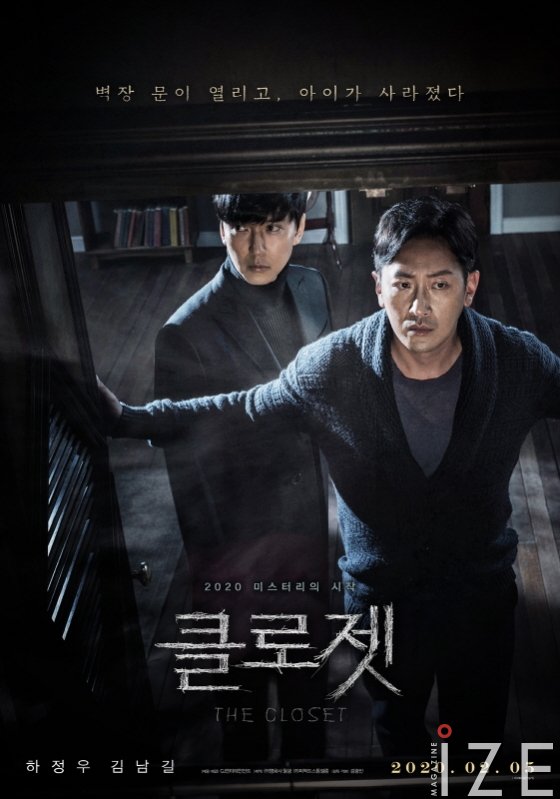 The film 'Closet' (director Kim Kwang-bin), starring actors Ha Jung-woo and Kim Nam-gil, maintained the top of the box office for two consecutive days.
According to the Korean movie theater integrated network on the 7th, 'Closet' attracted 85,613 people on the 6th. The number of total audience is 190,301.
Second place was won by 'Birds of Prey'. It mobilized less than 35,876 people, less than half of the first-place Closet. The cumulative audience number was 94,154.

Third place belonged to the 'Managers of Namsan' (Director Woo Min-ho), with 4.442 million audience so far.
The recent corona virus outbreak has significantly affected the movie industry as people avoid to go out.

Written by Kang Min Kyeong
Translated by Lee So Yun